Generally such a proposal wouldn’t be made public, but we’re doing so specifically to spark conversation about how the government can better acquire some kinds of digital and technology services support. But it isn’t pure activism — we’d like to earn the business. We’re also trying to nudge the government into the gig economy.

We’re going to propose constructing a software tool to facilitate the purchasing of microconsulting services for prices that fall within the micropurchase threshold. For purchases within $10,000 for federal civilian agencies and $5,000 for the Department of Defense, the rules of competitive bidding are significantly eased. In theory, this could be a boon to the federal government, and, therefore, the taxpayer.

Our time with the Presidential Innovation Fellows program and 18F gave us unique opportunities to experience the power of short, fast solutions to problems. The Presidential Innovation Fellows program itself focuses on solving problems quickly, in the sense that the term of a Fellow is short by government standards — 6–12 months. At 18F, we pioneered some smallish services — such as design workshops, rapid prototyping, protosketching, and agile micro-sprints — that could be acquired relatively easily via an interagency agreement because the General Services Administration is a federal agency. We didn’t invent all of these techniques; most could be considered standard best practice for modern design and tech firms. But to federal agencies that previously never had the chance to use them, they were eye-opening, game-changing experiences. All agencies, and by extension all taxpayers, deserve a world in which they can get a rapid prototype, a facilitated design workshop, or a quick consultation with an expert, on demand. Undertaking an extensive procurement action to acquire such a service adds tremendous delay and expense to a government project, which may directly harm the citizens who need a result sooner rather than later.

However, 18F is, and will always be, a tiny part of the federal technology workforce. Much of the work will always be done by government contractors. Therefore, the government needs a way to quickly purchase microconsulting services that are fully compliant with the Federal Acquisition Regulation (FAR).

Here’s an attempt to storyboard this: 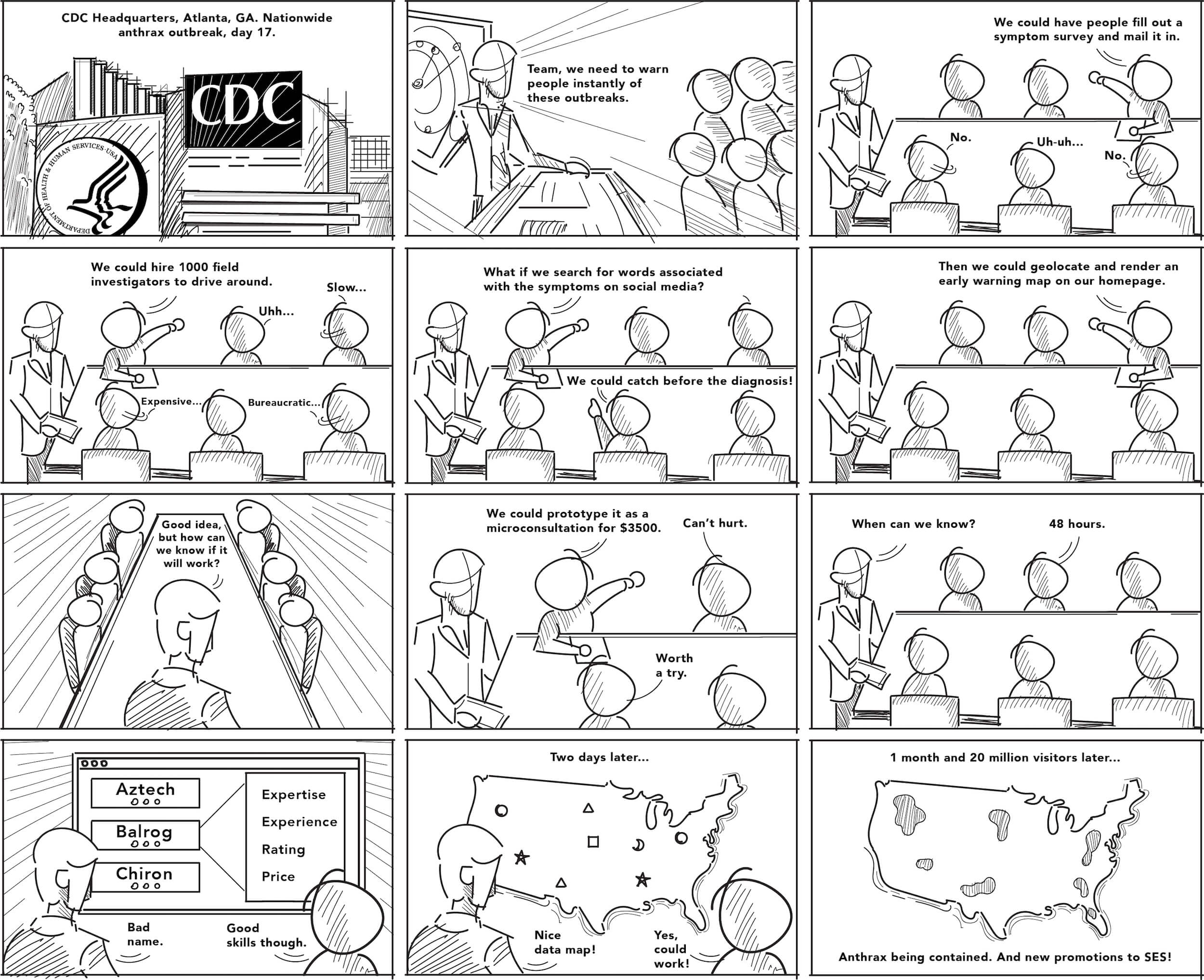 We’ve been gratified by the positive reaction to our Microconsulting Services announcement. In particular, we agree with Harvard professor Dr. Steve Kelman’s piece on the disruptive implications of such small-scoped services, where he writes, “If microconsulting can gain traction, this could become a disruptive innovation that forces legacy contractors to change their consulting scoping models.”

Indeed. We want to hasten that. Already, we’re starting to see more and more parallel trends toward the acquisition of bite-sized professional services facilitated via digital marketplace platforms. For example, 18F’s micropurchase platform can be used to procure open-source-code contributions from vendors under the federal micropurchase threshold. 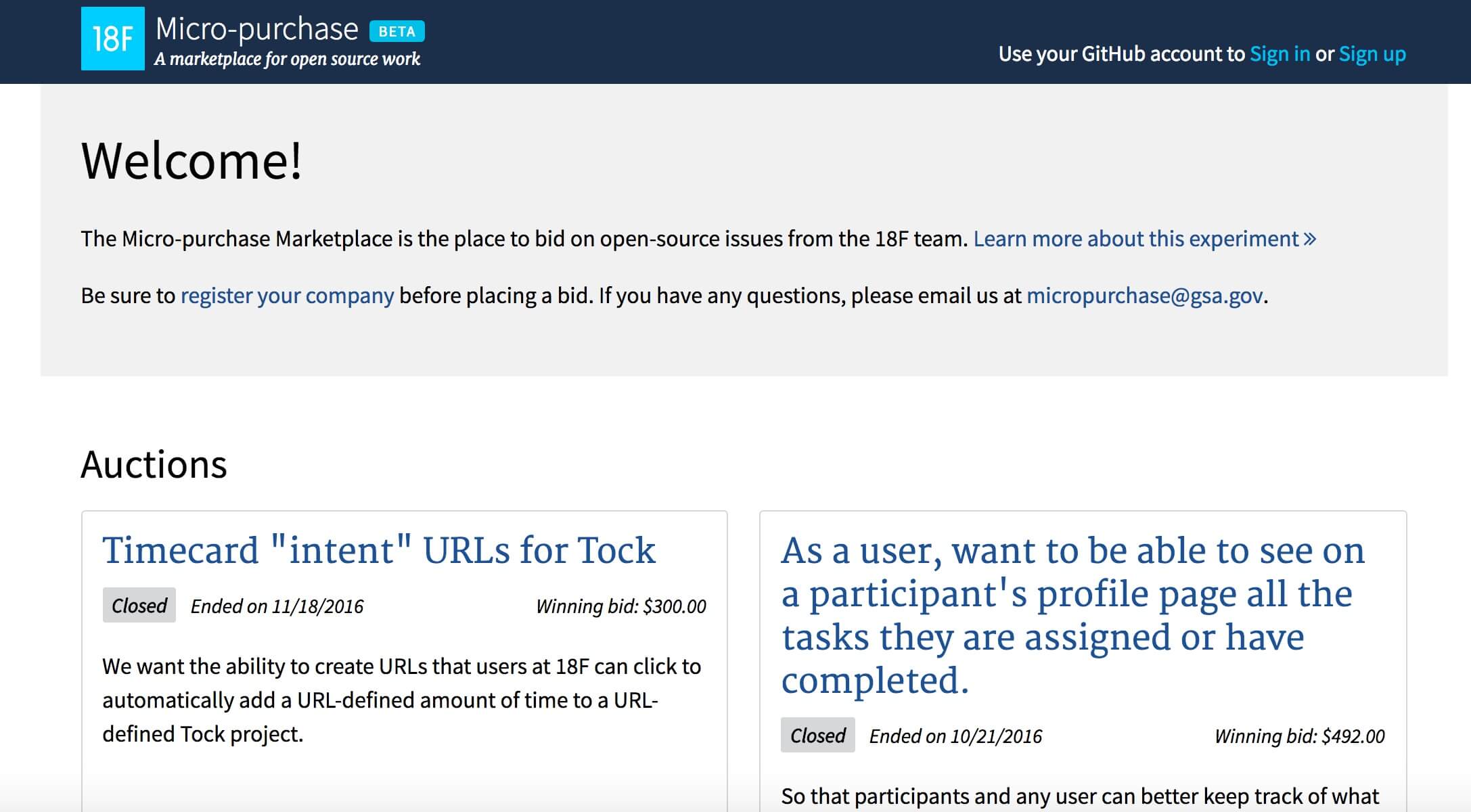 In addition, Codementor, which is a new startup, can be used to obtain programming advice and mentoring in 15-minute, paid increments. 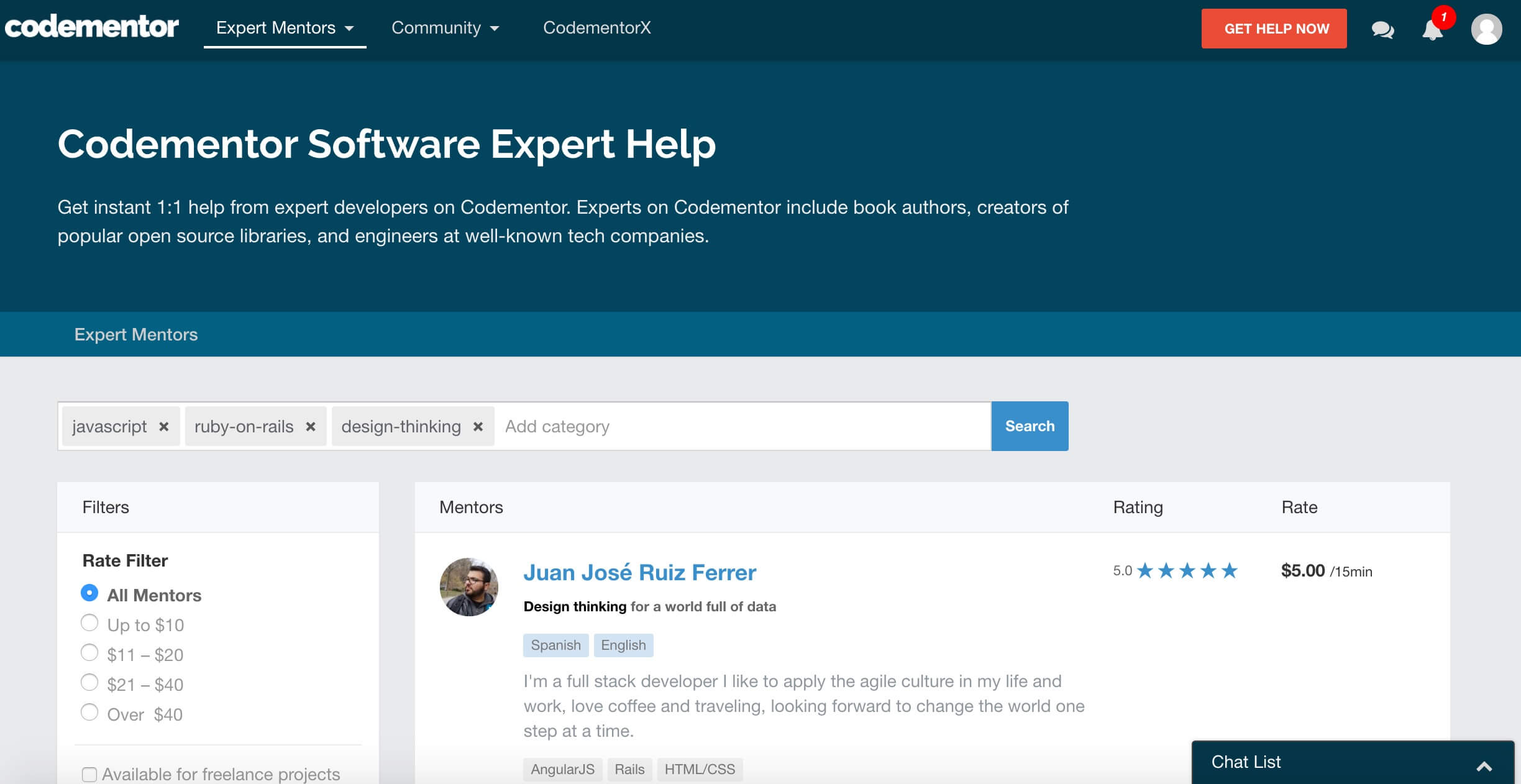 In fact, we’d like to assert a bold hypothesis:

We believe that at least [10,000] microconsulting-service engagements will be entered into between federal knowledge workers and specialized experts within [3] years via a centralized digital marketplace (after initial release) because many of today’s problems can be solved through a consulting format that features an individual or small team who produces an immediate deliverable on a specific topic for a cost under the federal micropurchase threshold.

In other words, this problem is bigger than 18F, and it’s bigger than any one contractor, including Skylight. We think this could be a truly transformative way of acquiring some of the support that government needs. (It isn’t appropriate in all cases, but certainly many.) One of the nice advantages of staying under the micropurchase threshold, as Dr. Steve Kelman notes:

“Past performance may be taken into account without any formal rating system, not to speak of an appeals process. This promises to introduce the kind of robust use of past performance as in the commercial world, which will strongly incentivize good performance.”

Ideally, this wouldn’t be based on personal relationships, but would be a free and open marketplace of firms and individuals offering short and sharp microconsulting services.

Currently, the government isn’t actively looking in the marketplace for such an idea to be tested and developed. So what is a federal contractor to do in this situation? How can we, as the federal contracting community, help push government forward with a potentially promising innovation, even if it isn’t currently being asked for?

It turns out there’s such a mechanism in the ever-flexible FAR: Subpart 15.6 — Unsolicited Proposals. Unfortunately, like many other permitted practices under the FAR, such as share-in-savings contracting, unsolicited proposals are an underutilized yet powerful procurement practice, as Jonathan Mostowski of the U.S. Digital Service indicated in a LinkedIn post:

The Federal Government needs to improve they way it deals with unsolicited proposals. Most agencies have a process but I haven’t come across one that worked well.

The need to protect competition should be balanced with rewarding innovation targeted at government needs. I like an open BAA [Broad Agency Announcement] as a work around, but the process for unsolicited proposal acceptance should be straightforward, budgeted, and efficient.

I have seen many great solutions fall into the trap of ‘sorry we just don’t know how to buy a thing we didn’t ask for.’

FAR 6.302-1 allows you to sole source when there is only one responsible source but that is not necessarily the case for unsolicited solutions.

Regardless of how well or not a particular agency handles unsolicited proposals, we believe that a microconsulting services marketplace platform is a concept worth experimenting with using modern digital delivery practices. And we’d like to support the government in that endeavor. Therefore, we’ll be submitting a fully open, unsolicited proposal to the government shortly, in accordance with FAR Subpart 15.6.

If you’re a government contracting official reading this, please let us know where we should submit the proposal.

If you’re a fellow government contractor reading this, please let us know if you’re interested in teaming on the delivery. FAR Subpart 15.6 rules state that an unsolicited proposal must “be independently originated and developed by the offeror,” but there’s nothing that states we can’t work together on the delivery, should the government make an award.

For everyone else reading this, wish us luck with our proposal!

Update: click here to view the public version of the unsolicited proposal.